The life and work of Frederick Challenger

Richard J. Bushby
Centre for Molecular Nanoscience
University of Leeds
ECG Bulletin January 2012
​Fred Challenger had a long and distinguished career touching on many areas of organic and organometallic chemistry, but these days he is chiefly remembered for his work on biomethylation. He retired as Professor of Organic Chemistry at Leeds University in 1953, but was still actively engaged in research when I arrived as a junior lecturer at Leeds in 1970, so I got to know him quite well. He published his last paper at the age of 91 (1978) and gave his last public lecture only a matter of weeks before he died in 1983. 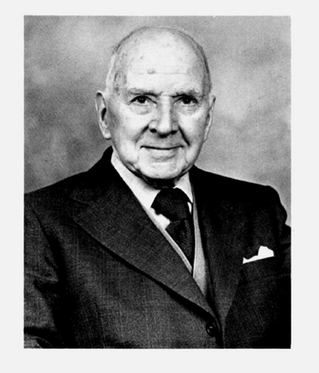 After a rather unpromising start (he obtained a third class London external degree in Chemistry from Derby Technical College), Challenger obtained a position with F. S. Kipping at University College Nottingham (1907-1910). Here he flourished, succeeding in making and resolving the first optically active compound based on an asymmetric silicon atom. For this work Challenger was awarded a prestigious ‘1851 Exhibition’ Scholarship which gave him the financial resources he needed to continue his chemical studies in Germany. He arrived in Göttingen to work with Otto Wallach in 1910, the same year that Wallach was awarded the Nobel Prize. His PhD (1910-1912) was concerned with straightforward terpene chemistry, but it was in Göttingen that he began to develop an interest in microbiological transformations – mainly through the influence of the Professor of Agricultural Bacteriology, Alfred Koch.  Subsequent appointments as a lecturer in Birmingham (1912-1920) under P. F. Frankland and as a senior lecturer in Manchester (1920-1930) under Robinson and Lapworth were followed by Challenger’s appointment to the Chair of Organic Chemistry at the Leeds University in 1930 where he succeeded C. K. Ingold.

At Leeds one of the first scientific problems Challenger tackled was the nature of ‘Gosio gas’ – a volatile toxin thought at that time to be produced in damp rooms from wallpapers and fabrics coloured with arsenical pigments, and named after the Italian physician Bartolomeo Gosio. Challenger’s interest was sparked by an alleged case of Gosio gas poisoning in the Forest of Dean in which two children had died. It was the beginning of a fascination with the process of decay, the microbiological transformations that are involved in decay, and particularly the (often bad) smells that are given off. [Whether a toxic gas was actually produced from arsenical pigments under the conditions described has been questioned by Cullen and Bentley (2005). Challenger’s identification of trimethylarsine as a microbial metabolite of inorganic arsenic is not disputed].
The general approach adopted in many of these experiments is shown in the Scheme 1. Cleaned air was passed over a culture of mould grown on breadcrumbs and a sterile solution of an inorganic arsenic compound was injected. Once the foul smell of Gosio gas was detected in the effluent gas, this was passed through an acidic solution of mercuric chloride. The precipitate formed was identified as ‘Me3As.HgCl2’ showing Gosio gas to be trimethylarsine and not, as had previously been thought, diethylarsine. Interestingly, these moulds were also shown to have the ability to methylate inorganic antimony, selenium and tellurium compounds – essentially removing these toxic elements from their environments by converting them into volatile derivatives. The long struggle to understand the mechanism of biomethylation culminated in the early 1950’s when Challenger and his co-workers demonstrated that the methyl group is derived from S-adenosylmethionine. Challenger’s mechanism for the biomethylation of metalloids and, in particular, the conversion of arsenate into trimethylarsine – a sequence of four two-electron reductions and three methyl group transfers – is commemorated as the ‘Challenger Pathway’ (Scheme 2).
​Biomethylation has important implications for the toxicity of metals and metalloids and for their distribution in the environment.
Two themes run through almost all of Challenger’s work: a human interest and a fascination with the way organic compounds smell. These led him into all sorts of other areas including an interest in volatile compounds from rocks, from shale and from rotting seaweed and studies of medical conditions involving patients who developed foul-smelling urine or foul-smelling breath. Challenger’s involvement in tellurium metabolism illustrates the way human stories often attracted his attention. He was fascinated that students working in the Inorganic Chemistry Section at Leeds under Professor Whitelaw-Gray, who were making tellurium compounds, rapidly developed extremely bad breath even though they had not been exposed to volatile tellurium compounds!
Clearly the human body is very efficient at processing inorganic tellurium into a volatile derivative: in this case Me2Te.
Frederick Challenger is remembered by his colleagues at Leeds for running an exceptionally harmonious Organic Chemistry Department, by local schools for his talks and exciting lecture demonstrations (some of which would certainly be banned by health and safety regulations today), and by those of us who knew him personally as a gracious and kindly man who had a genuine interest in young members of staff and a real desire to see them succeed.

If anything, his scientific reputation has grown with the passage of the years. In his day the environmentally-related problems in which he was interested were not very highly regarded by the UK’s organic chemistry establishment, indicated, perhaps, by Challenger’s exclusion from election to the Royal Society of London.

This article is based on a presentation by Professor Bushby at the joint ECG/Historical Group Symposium ‘Environmental Chemistry: A Historical Perspective’ held at Burlington House on 26th October 2011. 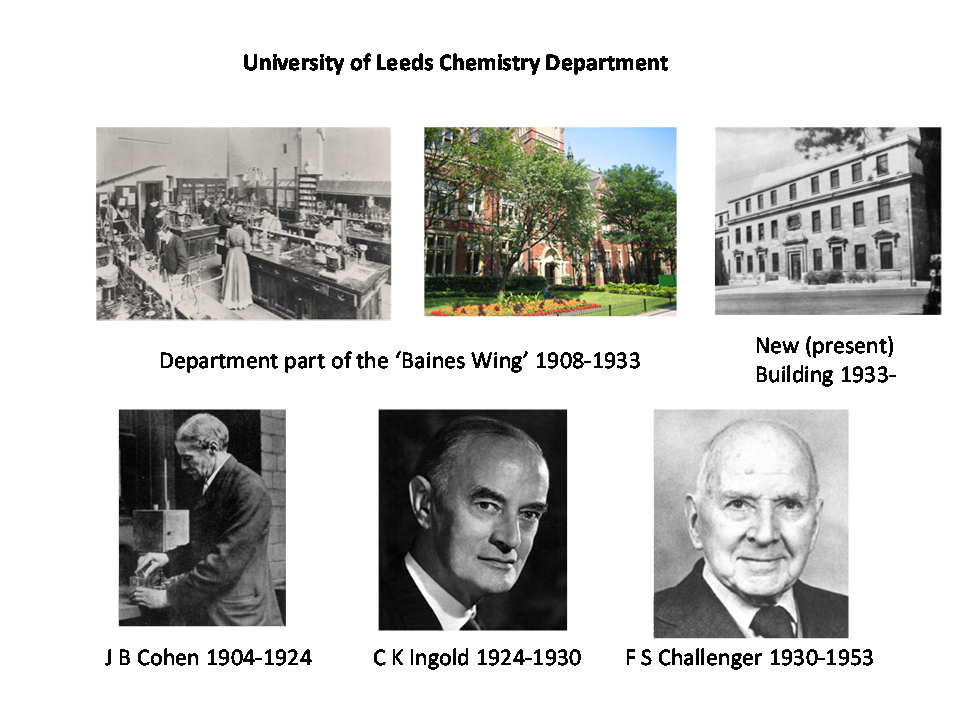