Disposable Attitude: Electronics in the Environment

​Some  products  that  are  classified  as WEEE  are  commonly  not  treated by  the public as  such and,  for example,  vaping  devices  (e-cigarettes),  batteries,  and  light  bulbs  are  frequently disposed of inappropriately. Other hidden or less  well  known  WEEE  problems  are  “hibernating”  devices  –  those that many of us keep as “back-ups” or devices in need  of  repair  –  and  unwanted  cables;  the  incredible  statistic  given was that unwanted cables in the UK alone could circle  the  Earth  more  than  five  times.  Alongside  the  environmental  issues  related  to  the  manufacture  and  disposal  of  electronics  (including  the  pollution  caused  by  mining raw materials), the impact of using these devices is  also large. Irish data centres, for example, consume 14% of  the total electricity used in Ireland and use huge quantities  of fresh water for cooling.
Public awareness of  the issues surrounding e-waste is low  and  the  TRAnsitioning  to  a  Circular  Economy  (TRACE)  project  was  conceived  to  use  art  and  music  to  help  raise  awareness  and  effect  changes  in  behaviour  and  attitudes.  One  of  the major  concepts  behind  the  TRACE  project  was  the use of intergenerational influence – children discussing  e-waste  with  their  families  and  caregivers  –  and  the  creation of anthropomorphic personifications of objects by  children  to  evoke  emotional  responses  in  their  audience.  After briefing the artists and musicians, Professor Williams  and  his  PhD  student,  Alice  Brock,  led  educational  workshops  in  a  local  primary  school  which  were  complemented  by  musical  workshops  led  by  musicians.  This culminated in  two performances in early March 2020  during  UK  Science  &  Engineering  Week  and  at  an associated  art  exhibition.  The  pupils  performed  songs, poems,  and  raps  that  they  composed  themselves  with  support  from  the  musicians  Robin  Browning  and  Ricky Tart.  An  art  exhibition  was  also  staged  in  March  2020, showcasing  the  work  of  artist  Susannah  Pal  based  on  the
briefing  given  to  her  by  the  scientists.  The  TRACE  project successfully  raised  awareness  of  e-waste  issues  via collaboration between  scientists  and  creative  artists.  This allowed the socioeconomic and technological challenges of managing  e-waste  and  intergenerational  influence  to  be explored.  The  project  was  so  well  received  that  it  won  a national recycling award. 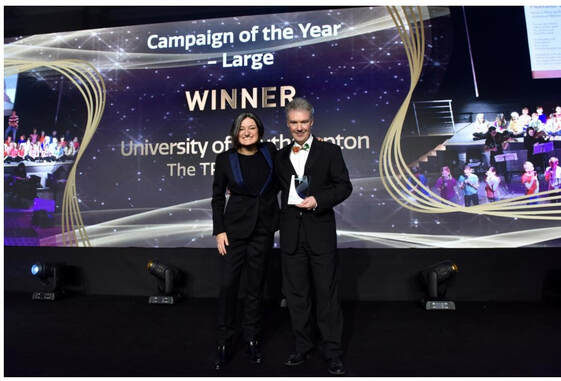 ​The  second  speaker  was  Dr  Catherine  Ramsdale (PragmatIC  Semiconductor),  with  a  talk  entitled  Flexible  electronics: improving sustainability Dr Ramsdale noted  that  the  semiconductor  industry  is  now  overtaking  the  automobile  industry  as  a  leading  source  of  greenhouse  gases with  the increase in  use  of electronics in  day-to-day  life. As semiconductors become smaller and more complex,  their  carbon  footprint  including  use  of  volatile  organic  compounds  (VOCs)  and  gases  and  use  of  energy  increase.  Around half of the energy consumption of wafer processing  is  from  the  actual  manufacturing  process,  with  the  other  half being accounted for by the support facilities and clean  rooms.
DGL convenor and ECG Secretary Laura Alcock introduced Ms Fiona Dear (Restart Project), who gave a presentation  entitled  Reducing  e-waste  through  repair:  Better  electronics, more access to repair and new behaviours (pp. 28-29). Ms Dear opened her talk with the observation  that we are stuck in the “use > throw > buy more” cycle, and  noted that the UK is the second highest producer of e-waste  per  person  in  the  world.  For  relatively  energy  efficient  devices,  such  as  laptops,  the  majority  of  their  associated  primary  emissions  come  from  the  pre-use  phase  of  their  lifecycle; in  the  case  of laptops,  this  can  be  approximately  88%  in  pre-use,  11%  in  use,  and  only  1%  at  end-of-life.  Devices  with  a  lower  pre-use  emission  profile  tend  to  be less  efficient  during  use,  such  as  toasters  and  kettles.
It was estimated that the production of one laptop uses around 263 kg CO2e, roughly equivalent to a flight from London to Berlin.
The use of devices for more than a decade is virtually unheard of and “sounds heroic”, but to tackle the e-waste problem, this should become more common. In two studies, around 75% of people questioned support repair of items to allow longer lifetimes, but this is not reflected in public behaviour, where only 14% of devices are currently repaired or reused. Ms Dear outlined some of the major barriers that prevent the repair and reuse of items as follows:
How products are made: • Hard to open; parts often glued in; parts bundled; invalidation of warranties; availability of parts; software issues restricting parts and/or functionality.
Psychological obsolescence: • Must have the new model; focus on design over actual functionality; replace, do not repair; fewer repair options available.
Cost of repair: • Comparing one-off manual repair cost to mass production cost.
The Restart Project is focussed on driving for more Right to Repair legislation, as the current regulations are very limited, only applying to TVs and white goods and only available to professionals, leaving out local “repair café” type initiatives. The EU is increasing legislation around making batteries easier to replace and repair, eco design (right to repair on a larger scale), and France has a repair index which provides a scale of how repairable an item is; although these are currently EU only regulations, the requirement for manufacturers to comply with them is likely to have an impact globally. The Restart Project supports Restart parties and repair cafés to improve access to repair of devices, which allows data to be collected on how and where devices commonly break. Community initiatives also allow for young people to see and learn how to carry out some basic repairs. A question was raised about the safety of  devices repaired by such enterprises; currently, community repairers are shadowed by more experienced colleagues before they are allowed to work independently. Design for repair will also improve safety.

The 2022 Distinguished Guest Lecture was given by Mr Steve Cottle (Edwards Ltd). Mr Cottle’s lecture was entitled  Environmental management of exhaust gases associated with the manufacture of semiconductors (pp. 22-23). Mr Cottle is a Senior Applications Manager at Edwards Vacuum. During his 25-year tenure at Edwards, he has worked in multiple technical roles leading advanced development of customer-specific solutions for exhaust management. He is an industry recognised expert in exhaust management and knowledgeable in all technical aspects of exhaust management. He holds a BSc in Chemistry from Bristol University.
Mr Cottle opened his lecture with a description of the environmental impact of semiconductor manufacture, from the 1 million gallons of water used daily by a typical US facility to the over 500,000 tonnes of CO2e gas emissions per year per facility. The monitored emissions from semiconductor production account for 0.23% of the total emissions in the USA. Moore’s law states that the number of transistors on an integrated circuit doubles every year, and over 8 billion transistors can now be found on a single mobile phone chip. It is estimated that 90% of the world’s data have been generated in the last two years. Some of the most significant global warming impact comes from etch processes, but actions are being taken to reduce this, including moving away from the use of perfluorocarbons (PFCs) in favour of nitrogen trifluoride (NF3). Recovery of PFCs is not economically viable as the purity of recovered gases is too low and inconsistent to be of use in subsequent semiconductor manufacture; abatement of emissions, therefore, is the main solution being employed.
Abatement takes the form of exhaust management, with sub-atmospheric plasmas being used to convert greenhouse gases to less harmful compounds. Emissions after abatement are in the region of 20,000 tonnes of CO2e. Even after factoring in the approximately 25,000 tonnes of energy used in the exhaust management process this represents about a 90% reduction in net emissions from the 500,000 tonnes of CO2e an unabated facility can produce annually. Over the past 25 years, Edwards have prevented the release of around 20 billion tonnes of CO2e emissions.