The future of water and energy: some links that provide solutions and challenges

Invisible features of water supply. In the water sector, the issues which have been economically and politically invisible are first, soil water, secondly virtual [embedded] water and thirdly economic development plus the international trade that it enables. All these interacting invisibles in the water cycle – in the environment, in agriculture, in the economy and in trade – have enabled local water scarcities to achieve a degree of water and food security.

Invisible features of energy supply. Energy is potentially as invisible as water in the economy but energy – whether gathered from the forest, hewn from the ground or pumped as oil and gas – has always involved evident toil and treasure. Society has always been aware of the costs of providing energy. Although it has at the same time been very bad at getting price signals to capture the value of non-renewable energy resources. Both water and energy are usually and significantly massively under-priced.

Utilization of water and energy. The major use of water in our economies is in the production of food.  Ninety per cent of the water an individual or an economy needs is used to provide food. Water consumption per head – which is almost all renewable water – has not changed very significantly since the beginning of industrialisation two hundred years ago. Consumption of energy per head has on the other hand increased by orders of magnitude per head since the beginning of industrialisation. These increases in energy consumption have been possible through the use of dirty non-renewable energy.

The total use of water resources has also increased in the recent past. But this increase is because world population has trebled in the past 50 years not because the use per head has risen significantly. The increase in the use of energy on the other hand is mainly because of the high levels of energy use per head of the rich billion people in the world. They have demonstrated the worrying scale of a society’s appetite for energy in a more equal and industrialised world. While water use per head has not risen significantly the appetite for energy use per head has been shown to be as much as 200 times pre-industrial levels.

The role of virtual water. The role of virtual water ‘trade’ in ameliorating water scarcity is possibly the most significant invisible commodity. Virtual water ‘trade’ is economically invisible and more important it is politically silent. Energy is a much more visible natural resource as the energy market is the biggest element of global trade by value. Society is aware of many of the costs of developing energy resources and has accommodated to paying for coal, oil and gas and for electrical energy. However, not until recently has it begun to acknowledge the toxic environmental consequences and costs of the way dirty non-renewable energy has been utilised.

Politicization of water and energy sources. Both water and energy are strategic resources and they can be very easily politicised. The visibility of the value of energy and its asymmetric distribution enhances its strategic significance and its tendency to cause armed conflict. Competition for energy causes wars. Democratic states go to war over oil and gas. Super-powers have used the global reach of their companies and the supportive influence of their military power to gain control of the energy market in the past. They are discovering the challenges of retaining that control. It is in the nature of international politics that the powerful players can obscure the energy component of conflict in a soup of complex conflictive issues.

Water does not cause armed conflict although it is a major source of inter-state conflict short of war in many parts of the world. The invisibility of the environmental processes – namely soil water, and of economic processes – that is trade, that bring solutions to the water scarce obscures the outcomes of mismanaging water.  It is easy for knowledge to be constructed that deludes water consumers and politicians responsible for water allocation. Water users and water managers enjoy the relief that the invisible environmental and economic solutions bring them. Anxiety over water scarcity has been easily back-grounded. As a consequence water scarce societies have not been helped to reverse their extravagant and polluting ways of managing water resources.

Water scarcity. Despite the spectacular amelioration of water scarcity by the invisible trade in food commodities, there are hotspots on every continent where water resources are scarce and the environmental services of water have been very seriously impaired. The Yellow River in China in most years does not reach the sea. The Colorado in the United States and Mexico, the Nile the Middle East, the Aral Basin rivers in Central Asia, the Indus in South Asia and the Murray in Australia scarcely reach the sea. Groundwaters are dangerously depleted in every Middle Eastern country as well as in dry tracts of all the other continents.

Energy scarcity. The shadow of energy scarcity is even more alarming. Anxiety over the supply of the very flexible and undervalued fossil energy resources – especially oil and gas – was palpable in the summer of 2008. This anxiety has proved to be easily back-grounded with the arrival of the global financial and credit crises of 2009. Oil price spikes affect rich and poor directly and they can have serious and unfathomable knock-on effects when they cause price spikes in other key commodities as occurred in 2007-2008. The price of traded food staples increased sharply in 2008 with serious impacts on poor communities world-wide.

Managing energy and water: three synergies. Nature’s energy and Nature’s water resources are linked by society’s economic systems. Society’s futures are dependent on how its engineers and markets manage them. There are three important synergies that must be handled effectively to meet the needs of society. There are also two important outcomes that must be avoided to ensure that the environment can provide essential atmospheric services and water environment services. The three synergies are:
The two outcomes that must be avoided are:
The three synergies are clean energy managing solutions that will first, provide water for society. Secondly, is the synergy that will provide clean energy for society without destroying the environment. The third synergy is the political economy, which through its diversified livelihoods and international trade can bring water and energy security.

The first synergy is the production of energy with water – e.g. hydropower and bio-energy. Hydropower is generally clean, although it has other environmental and social impacts. Bio-energy is only appropriate in water-rich environments such as Brazil. In almost all other circumstances its green benefits are purchased at a very high cost by the water environment.

The second synergy is the manufacture of water with clean energy – e.g. desalination. At present, desalinated water is produced with dirty fossil fuel. It will be possible to produce clean solar energy that will convert salt water to usable water without a major carbon footprint. The third synergy involves the already tried and tested global systems of diversified economies enabling the ‘import’ of water intensive commodities – especially food. These three synergies can counteract future water and energy scarcities without damaging either the atmosphere or our water resources.

Future technologies. There is no single way out of the business-as-usual environmental tragedy.  The three proposed synergies have to be established. The mix of technologies will vary.  Solar thermal energy is the clean energy generation solution highlighted here. But solar voltaic, wind, tide and other clean strategies will contribute to solutions. Clean renewable solar thermal energy distributed by a new high voltage DC transmission could meet most of the existing energy demands as well as help to meet the strategic demands for high quality water. The use of precious renewable fossil energy could be massively reduced if renewables were to be mobilised. The extraordinary qualities of flexibility and storability of non-renewables must be properly evaluated.

An epigrammatic conclusion. It is possible to capture the importance of society’s consumption behaviour in achieving clean and sustainable natural resource futures.  Our water consumption options can be understood in the following rhyme: ‘Down from five to two point five’ (Allan, 2008). Non-vegetarians consume about 5.0 cubic metres of water per day. Vegetarians only use about 2.5.  Even a shift to 3.5 cubic meters per day would suffice. The atmosphere could be enhanced by a similar change in diet. ‘Down from seven to save the heavens.’ (Pachauri, 2008)  The joint IPCC 2000 Nobel Laureate was commenting on the impact of methane from ruminants on the atmosphere. He was suggesting a meat-free day per week.

By such healthy personal consumption and a range of clean technologies we shall be able to match the demands of a future global population of eight to nine billions with its much higher energy demands. The main problems are and will be society’s consumption preferences.

Allan, A. (2001). The Middle East Water Question: Hydropolitics and the Global Economy, I. B. Tauris, London.

Allan, J. A. (2009). Energy and water: interdependent production and use and mutuality of impacts, In Mason, M. and Mor, A, eds., Renewable Energy in the Middle East: Enhancing Security through Regional
Cooperation, Springer, Berlin. In press.

This article is based on a presentation by Professor Allan at the ECG’s 2009 Distinguished Guest Lecture and Symposium ‘The Future of Water’. 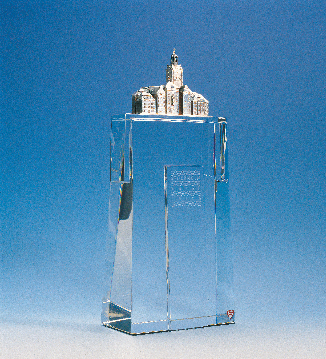