Meeting report by William Bloss
Birmingham University
ECG Bulletin July 2014
​On 20 November 2013, the Environmental Chemistry Group and the Molecular Physics Group of the Institute of Physics co-organised a half-day meeting on mass spectrometry (MS) techniques in the environmental sciences, which was held at the University of Birmingham.
The meeting was structured around four talks from invited speakers, with plenty of time for questions and discussion. Professor Jonathan Williams (Max Plank Institute for Chemistry, Germany) first spoke on “The atmospheric chemistry of forests, a forgotten molecule, and a football match”. He described a series of recent field measurements investigating volatile organic compound (VOC) emissions over the boreal forest in Hyttialla, Finland, and the identification of a somewhat overlooked atmospheric C—O compound, carbon suboxide (C3O2, O=C=C=C=O). This compound is thought to be associated with biomass burning, but makes only a modest overall contribution to atmospheric VOC loading. The final aspect of his talk concerned measurements of the atmospheric composition in the open-roofed stadium of a local football team, FSV Mainz 05, during a match against VfL Wolfsburg, as a convenient setting for monitoring emissions associated with human activity (or at least, that subset of the population represented by German football fans). Substantial signals for ethanol, acetonitrile (smoking), and ozonolysis products (skin oil) were identified. Unfortunately, neither team scored a goal during the match in question; the opportunity to monitor any transient signal associated with mild euphoria thus did not arise. 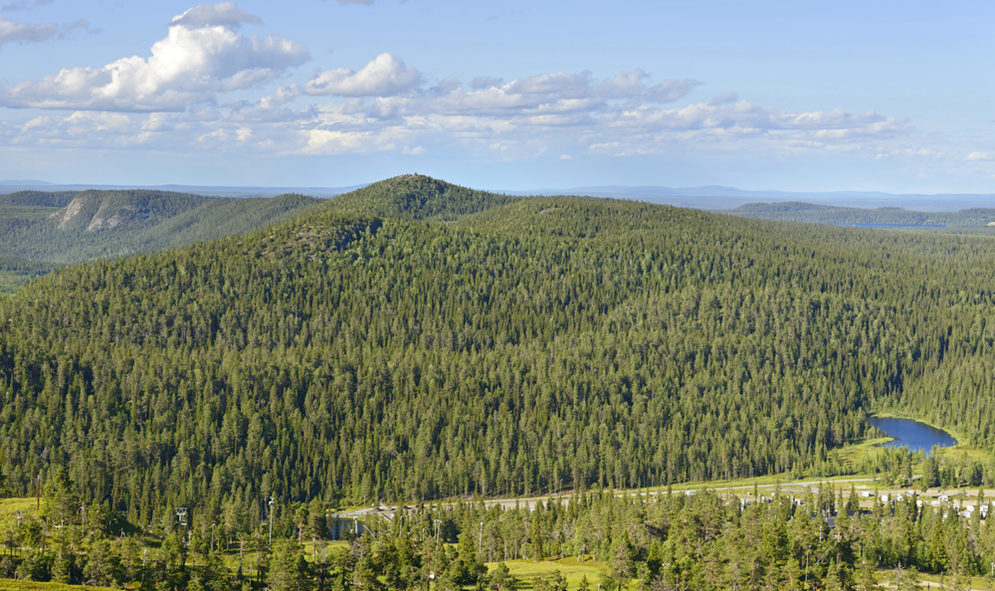 The chemistry of forests. At the meeting, Professor Jonathan Williams reported on measurements of volatile organic compounds above boreal forests in Finland. Image credit: Shutterstock
The second speaker, Dr Emily House (Lancaster University), reported on her recent work characterising within- and above-canopy VOC emissions in a talk entitled “Measuring fluxes of biogenic volatile organic compounds above the Amazonian rainforest using PTR-MS”. The talk led to a lively discussion of the difficulties of characterising and working with long inlet lines. The meeting then took a slight change of emphasis, with Professor Paul Thomas (Loughborough University) talking on “Does it have to be blood sweat and tears? Non-invasive approaches to therapeutic measurements, and emergency medicine”. Paul described the use of differential ion mobility spectroscopy coupled to thermal desorption gas chromatography in a suitcase-sized experiment for a series of physiological assessments including stress responses.  The final speaker, Professor Armin Wisthaler (University of Innsbruck/Norwegian Institute of Air Research), gave a comprehensive summary of soft ionisation methodologies under the title “An overview of on-line CIMS methods for the measurement of organic trace gases in the Earth’s atmosphere”. He concluded with a discussion of future research priorities and possible directions.  Key areas included a likely focus on time-of-flight mass separation (rather than quadrupole sensors), implementation of multi-dimensional MS-MS approaches, and the use of novel ion chemistries to exploit – or suppress – impacts of secondary chemical interactions.

The meeting was attended by about 55 delegates. It followed on from a successful previous meeting on the same topic in 2012, also held in Birmingham (see ECG Bulletin, February 2013, pp 13-14). It was agreed to hold a third meeting in the autumn of 2014, potentially  hosted by the University of Lancaster. The author is Vice-Chair of the ECG.