Organic chemistry and toxicology of contaminants in the ground

Meeting report by James Lymer (Wardell-Armstrong)
and Kate Jones (Health and Safety Laboratory)
ECG Bulletin July 2014
​This is a report of a meeting jointly organised by the RSC Toxicology Group and the RSC Environmental Chemistry Group, with support from RSC’s Environment, Sustainability and Energy Division, which was held at the Chemistry Centre, London on 13 February 2014.

​The aim of the meeting was to present a range of perspectives on the chemistry and toxicology of chemicals in the environment. Fifty-four delegates attended from a wide range of organisations, including consultancies, regulators, and academia. Copies of the presentations from the speakers are available from the ECG website (www.rsc.org/ecg).

There are two main groups of environmental contaminants:
In the developed world, there has been a gradual decrease in the concentrations of common environmental contaminants, such as heavy metals, polychlorinated biphenyls, dioxins, and polycyclic aromatic hydrocarbons (PAHs). This improvement is largely due to stricter regulations with improved monitoring, cleaner industrial processes, and better waste disposal practices. There is now a focus on contaminants of emerging concern.

Eric J. Weber (United States Environmental Protection Agency, Athens, Georgia) began the meeting with a presentation entitled “The Environmental Fate Simulator: A tool for predicting the degradation pathways of organic chemicals in groundwater aquifers.” Eric’s research is currently focused on elucidating reaction pathways for the reductive transformation of organic pollutants in anoxic systems, and understanding how organic pollutants with reactive functional groups (such as aromatic amines) covalently bind to aqueous and sediment-associated natural organic matter. Eric highlighted the need for a systematic method for updating fate and transport models with the latest research concerning transformation and transport of organic chemicals.

The Environmental Fate Simulator (EFS) is a computational tool that screens organic chemicals for possible routes of human and ecological exposure and compiles all available data on chemicals and chemical processes. Access is provided to databases and environmental fate and transport models that can estimate concentrations of chemicals and their transformation products in soil and aquatic ecosystems. The EFS uses the knowledge of chemical structure and environmental conditions to predict the reaction rates, mechanisms and partitioning behaviour of organic contaminants in the environment. Upon release of the EFS, the major impact of this work will be to reduce the uncertainty in exposure assessments by incorporating the most robust process science available for predicting chemical transport and transformation.
Marianne Stuart (British Geological Survey, Wallingford) next spoke on “Emerging organic groundwater contaminants and their transformation products.” Marianne’s research interests include emerging contaminants and impacts of hydraulic fracturing. The pesticide Atrazine is the most common contaminant in UK aquifers. Other emerging contaminants include pharmaceuticals, industrial additives and by-products, personal care products, and flame/fire retardants. Many of these contaminants are currently unregulated and some can have human or ecological health effects. Many emerging contaminants are relatively small polar molecules, which are not effectively removed by conventional drinking water treatment using activated carbon. Those with an octanol-water partition coefficient (log Kow) below 3 can potentially persist in the supplied water. There is a need for a better understanding of their fate in environmental systems.

Metaldehyde (acetaldehyde tetramer)(a molecular model is shown right; oxygen atoms in red) is an example of a compound that has relatively recently emerged as a groundwater contaminant. It is a selective pesticide used to control slugs. First introduced in 1940, it has been widely used in agriculture, horticulture, recreational land, and gardens since the 1970s. A new method for measuring metaldehyde concentrations enables this substance to be monitored in drinking water supply catchments. Marianne also briefly discussed potential contaminant sources in onshore fracking, including flowback water and the chemical mixture in fracking fluid. There is a move toward use of less harmful chemicals in fracking, and fracking fluid chemicals in the UK will be tightly regulated.

Alex Stewart (Public Health England) and George Kowalczyk (WCA Environment) spoke on “Disposal, discovery and disruption: subsurface vapour transport and impacts of chlorinated solvents in a local community”, reporting a case study of hexchlorobutadiene (HCBD) contamination and its dispersion into homes in the Central Liverpool area.

Houses had been built on a disused landfill site. Levels of up to 6.8 ppb of HCBD were detected in 26 homes, compared to a reference level of 0.6 ppb (recommended by the UK’s Committee on Toxicity, COT).  HCBD causes kidney damage through metabolism to the active toxic species. George presented three approaches to determining a “safe” cut-off for HCBD, including the COT methodology, a PBPK (physiologically based pharmacokinetic modelling) approach based on point of departure, and a benchmark dose approach.  The COT and benchmark dose approaches gave similar, very low limits (<0.6 ppb), whereas the PBPK approach gave an acceptable level of 56 ppb. This difference results from the fact that the PBPK approach takes into account several key metabolic differences between rats (the source of the available toxicology data) and humans.

As the levels detected in homes exceeded the COT reference level, the “polluter pays” concept was enforced, the houses were demolished, and the residents re-housed. Glutathione-S-transferase (GST, a marker, inter alia, of distal tubular cell damage) was found to be raised in over half of the residents tested.  In a later round of testing after relocation, the number of raised findings had dropped to 18% of residents tested. These data suggest that some residents may have been exposed to something that has affected their kidney function; however, the tests are not specific to HCBD and the geographical area in question has a higher than average incidence of renal disease anyway. Engaging with the community and relevant stakeholders was key in managing an emotive and stressful situation for the residents concerned.
​Tony Fletcher (LSTHM) (“Human exposure, body burdens and health effects of PFOA and PFOS”) presented results from the C8 study (also known as the perfluorooctanoic acid or PFOA study) of contaminated groundwater in the Mid-Ohio Valley, USA.  This was a large class action legal case, and the settlement mandated installation of activated carbon filtration, the establishment of a health project to undertake a baseline survey of clinical markers of exposure, and the formation of a science panel to undertake epidemiological research to determine any links between exposure to PFOA or PFOS (perfluorooctanesulphonic acid) and disease.
Blood biomarkers were measured and questionnaires obtained from over 69 000 people. PFOA levels were, on average, 20 times higher than background levels, with large differences in levels depending on the geographical area of residence. The health project modelled the historical exposure in the valley (subsoil and well concentrations) using air and water data going back to 1950. Serum PFOA levels were also modelled historically from current measured levels. The science panel looked at the association of PFOA exposure with a number of diseases (12 categories of disease, including 21 different cancers).  Six probable disease links were found (preeclampsia, colitis, thyroid disease, testes and kidney cancers, and high cholesterol). Tony gave case studies of two of these links, cholesterol and kidney disease. Profiles over time and excretion patterns were important in determining links to disease.  It was stressed that care must be taken in inferring causal associations from cross-sectional biomarker studies. 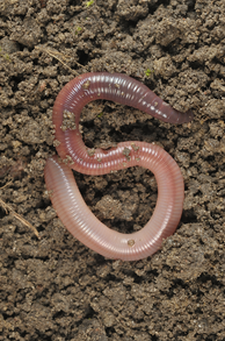 ​Alistair Boxall (University of York) gave a presentation entitled “Side effects of medication in the soil environment.” Alistair’s research focuses on emerging and future ecological and health risks posed by chemical contaminants in the natural environment. In his talk, he discussed the common sources and pathways of pharmaceutical migration in the soil environment, including land spreading of manure from livestock animals, wastewater treatment effluent into surface water/soil, and inappropriate disposal of medical waste. Pharmaceuticals are designed to be biologically active and are thus likely to affect organisms in the environment. Examples of pharmaceuticals in soils include antibiotics, anti-parasitics, and anti-depressants.  Alistair discussed a study in which a small area of agricultural soil was treated with manure containing pharmaceuticals to determine the run-off concentrations, with samples taken pre- and post-application.  Experiments have shown that the uptake of pharmaceuticals from soil by earthworms and plants is affected by soil properties.  The risks to human health from pharmaceuticals in soil are considered to be low, although subtle effects are seen in organisms. The concentrations of some pharmaceuticals may be high enough to affect terrestrial organisms, although our understanding is much less developed than that of the aquatic environment.
Graeme Paton (University of Aberdeen) spoke on “Fractionating hydrocarbons for hazard and risk assessment; chemical and biological analysis”. Graeme’s research includes fate of inorganic and organic pollutants in the environment, development of bioassays to assess environmental toxicity, and chemical and biological techniques for soil remediation. He outlined the use of chemical, biological, and ecotoxicological testing to decide whether contaminants such as weathered petroleum hydrocarbon mixtures pose a risk to human health, groundwater and surface water, or ecosystems. The chemical analysis method for isolating petroleum hydrocarbons uses an acetone:hexane solvent and ultrasonic extraction followed by fractionation via a silica column and gas chromatography–mass spectrometry.

Human health screening values are derived using the Environment Agency CLEA (Contaminated Land Exposure Assessment) model for comparison with soil concentrations to determine risk to human health. Methods of assessing the risk to controlled waters (surface water and groundwater) are well established through use of groundwater risk assessment models such as ConSim and Remedial Targets Methodology (Environment Agency). Fugacity models can be used to establish the general partitioning behaviour of petroleum hydrocarbons in soil, which tend to have a preference for the soil and non-aqueous liquid phases.

Over time, petroleum hydrocarbons will age and the bioavailability (as a function of degradation and toxicity) will change, with the proportion of the non-bioavailable fraction increasing with time as the bioavailable fraction is degraded. The toxicity may increase and then decrease in association with biodegradation. The change in concentration with time was demonstrated with soil samples impacted with different hydrocarbon source types and concentrations. Also indicated was whether the concentrations posed a risk to human health, controlled waters or ecology with or without the application of bio-remediation using biopiles or windrows. The remainder of the presentation was a discussion on the remediation decision tool and its application to several case studies.

Robert Kalin (University of Strathclyde), in his talk on “Environmental forensics with GCxGC TOFMS analysis”,  gave an overview of two-dimensional gas chromatography time-of-flight mass spectrometry. This technique takes the separation output from one column and re-separates it on a second column, giving much improved resolution of the components of complex mixtures. The technique can identify thousands of components, which can be classed into chemical groups within the contour plot that is produced. Robert gave an example of PCB contamination in storm petrels – wrecked seabirds recovered from Canada and the UK showed different PCB signatures, primarily due to different food chains.  A second example, identifying sources of coal tar, was used to demonstrate the resolution of the technique.  Phenanthrene and anthracene, despite having the same molecular mass, were demonstrated to be physically resolved (as were fluoranthrene and pyrene).  Using multivariate statistical methods, it was possible to identify the source of unknown coal tars compared to a number of known standards (such as horizontal or vertical retort, creosote, coke ovens).  Such “fingerprinting” could prove invaluable in environmental forensic cases seeking to identify polluters.