There were over 70 participants from over 15 countries at the three-day workshop, which followed on from a successful meeting in New York two years ago. The audience was mixed, with field/lab and modelling expertise from atmospheric, sea ice and snow scientists and biologists. The meeting was organised by the British Antarctic survey with an international organisation committee including the author. The purpose of the meeting was to review the current state of the science and produce a two-page report on the state of the science and how to move forward, for submission to Science or Nature.

​The first two days of the meeting included reports on the influence of Arctic clouds (mixed phase) in the Arctic energy budget, laboratory studies exploring the interaction of ice with chemical constituents, the latest results from central Antarctica and Greenland field campaigns, and results from sea ice campaigns looking at halogen compounds coming from sea ice. There were reports from the new sea ice facilities, and about the complexities of light and sea ice and the different considerations needed for photochemistry, photobiology, and modern climate change. There was even some brief discussion of Martian astrobiology. 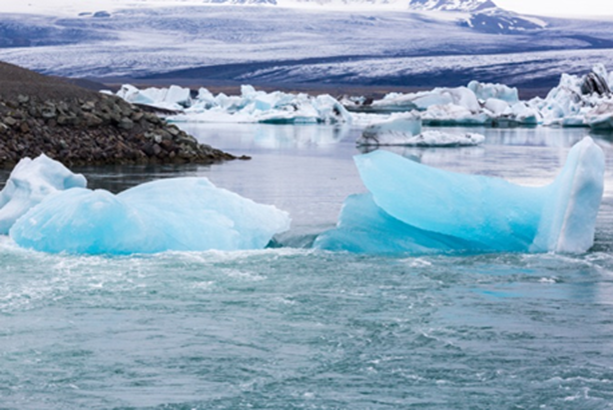 Icebergs in the glacier lagoon in Iceland Ekulsarlon. Credit: Sergemi/Shutterstock
A substantial part of the workshop was spent in discussion and tutorials on new opportunities, including the creation of a new project in the Future Earth Programme (http://www.icsu.org/future-earth), and a very useful session on how to get large EU projects off the ground. In another session, station and ice breaker personnel reported on the capacities of their platforms and how to get on these platforms; this session was particularly important for those attempting to do science on the platforms of another country. The closer integration of modellers, laboratory scientist and field scientists was an important target as well.

​Trinity Hall was a fantastic location for the workshop that included a tasty formal meal in Corpus Christi Hall, followed by beers in the infamous Eagle Pub. 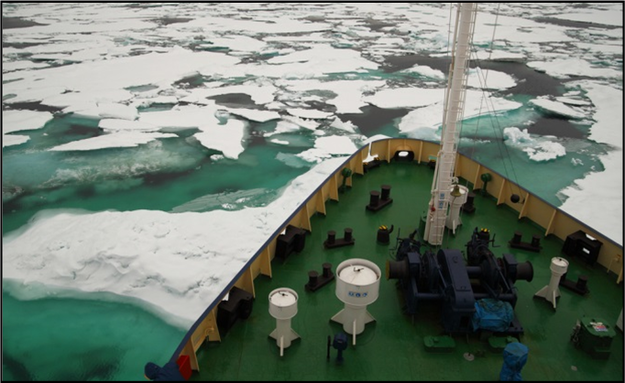 A research vessel travels through sea ice in the artic. Credit: Kidy/Shutterstock